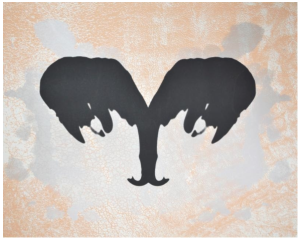 WHAT IS, ISN’T
Curated by Megan Green and Anne Huntington

While much contemporary work is devoted to reinventing abstraction and representation, the artists in this exhibition choose to subvert both medium and gesture to conceptualize and identify notions of what is and what is not in unlikely forms. They instead embrace contradictions, dichotomies, and reconstructions of past cannons. What is, Isn’t explores works where messages are not readily apparent. Although the images are familiar and accessible to the viewer, the underlying implication is to question the complexities of contemporary life.

Part of this subversion is infusing conventional objects and traditional craft with innuendo and elevating or changing classical connotation. Shelter Serra plays with Duchampian devices like video game controllers, baseball hats and suitcases by casting these everyday objects into art world status. Patrick Meagher similarly looks to capture the digital renaissance and the media boom of post-capitalism in his canvased interpretations; specifically through a photograph of a filing cabinet, which classically plays with appropriation, conceptualization and of course what we see is not always what we get. Both Serra and Meagher question our understanding of popular culture and how objects are viewed and used in differently, but equally impactful ways.

Zoë Buckman and Elsa Hansen use seemingly crafty modes to create delicate and strong art. Buckman’s work suggests contradictory and complimentary notions of feminism and hip hop through her installations of vintage lingerie embroidered with lyrics that refer to women by Biggie and Tupac. Hansen juxtaposes pop-culture and historical references through her needlepoint cross-stitch lines that create connections between yesteryear and today.

Andrea Mary Marshall, defined by her themes of feminism and religion, embraces situations that make us fall and rise. Marshall showcases the ultimate perils and triumphs through traditional self-portraiture, which today is a “selfie”, in film and on an unlikely medium, a carpet, hung as a canvas. Similarly, Katie Fischer’s highly editorial work showcases the contemporary “selfie”, which inherently serve to make DIY self-portraiture seem important and grand even though there are echoes of loneliness burdened by living behind the camera. In Fischer’s works we witness the viewer taking a selfie, yet Fischer is voyeuristically shooting the subject, which creates varied and complex dimensions of what is, is not. Zoe Crosher strips back the magic of the scene. Crosher’s LAX low budget airport hotel works are engaged with flight arrivals to the glamorous city of Los Angeles, however, these works instead depict a harsher reality of dingy, low-cost airport accommodations. The DYI atmosphere and timelessness are beautifully and quietly captured by the artist.

Margaret Lee and Brendan Fernandes camouflage familiar objects making the personal political and universal. Lee’s obsession with fresh American fruit and Fernandes’s fascination with African elephants are both informed by their personal cultural histories. Both invite the viewer to contemplate what these objects mean in Western culture from an Eastern point of view. Lee chooses fresh fruit, which couldn’t be found in Chinese markets and also overlays her work with an artificial hyper western pop motif, the dot. Moreover, Fernandes signifies how Africa is portrayed within the western hemispheres where elephant trunks and other African iconography are treated as both artifacts and souvenirs.

Each work in What is, Isn’t is part of the whole grappling with the complications of living in a multi- cultural, multi-dimensional and multi-faceted world. Despite medium, form, gender, race, and politics, these artists all express that we live in a world where what is seen often is not what it seems.

1 thought on “PRESS RELEASE, What is, Isn’t at Alan Koppel Gallery”